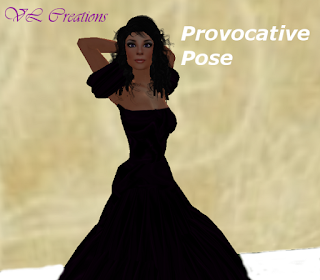 I finished Provocative pose today and uploaded it! It took me days. The problem was the distortion around the elbows. That's if the joints look like they're poking out of the sockets. It just shows as black or brownness on the avatar. You don't see bones. Lol. It just looks ugly. After a million tweaks it turned out like in the pic.

Then I polished the picnic rug.I have 4 cushions and 3 poses in each cushion: star gazing, picnic sit, and lying down cradle. It's set at 150L. I might upload another flannel texture maybe a blue one. I'm not using MLP, just a script that detects several animations in a prim. It's great.